Putting the Fest Back in Festival!

The 21st Annual San Diego International Film Festival is really ‘Putting the Fest Back in Festival!’ This year includes the return of the Opening Night Film Premiere & Reception, the Night of the Stars Tribute, Culinary Cinema, plus more in-person parties, panels and networking events. Book now to enjoy this week long event.

Each year we are proud to present the Gregory Peck Award of Excellence in Cinema with the support of the Peck family. Rising stars, auteurs, and visionaries are also recognized and celebrated.

Film lovers will enjoy film screenings of Studio Premieres and Independent Features, Documentaries and Short Films. In between film screenings, guests can visit the Festival Lounge for snacks, cocktails and conversations with other Film Lovers. Can’t make the in-person screenings? With this pass for 5 days you can watch features, docs and short films from the comfort of your own home! Get more information today by visiting the International Film’s website. 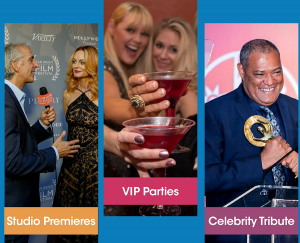